New management appointments in our Contracts and Installation departments 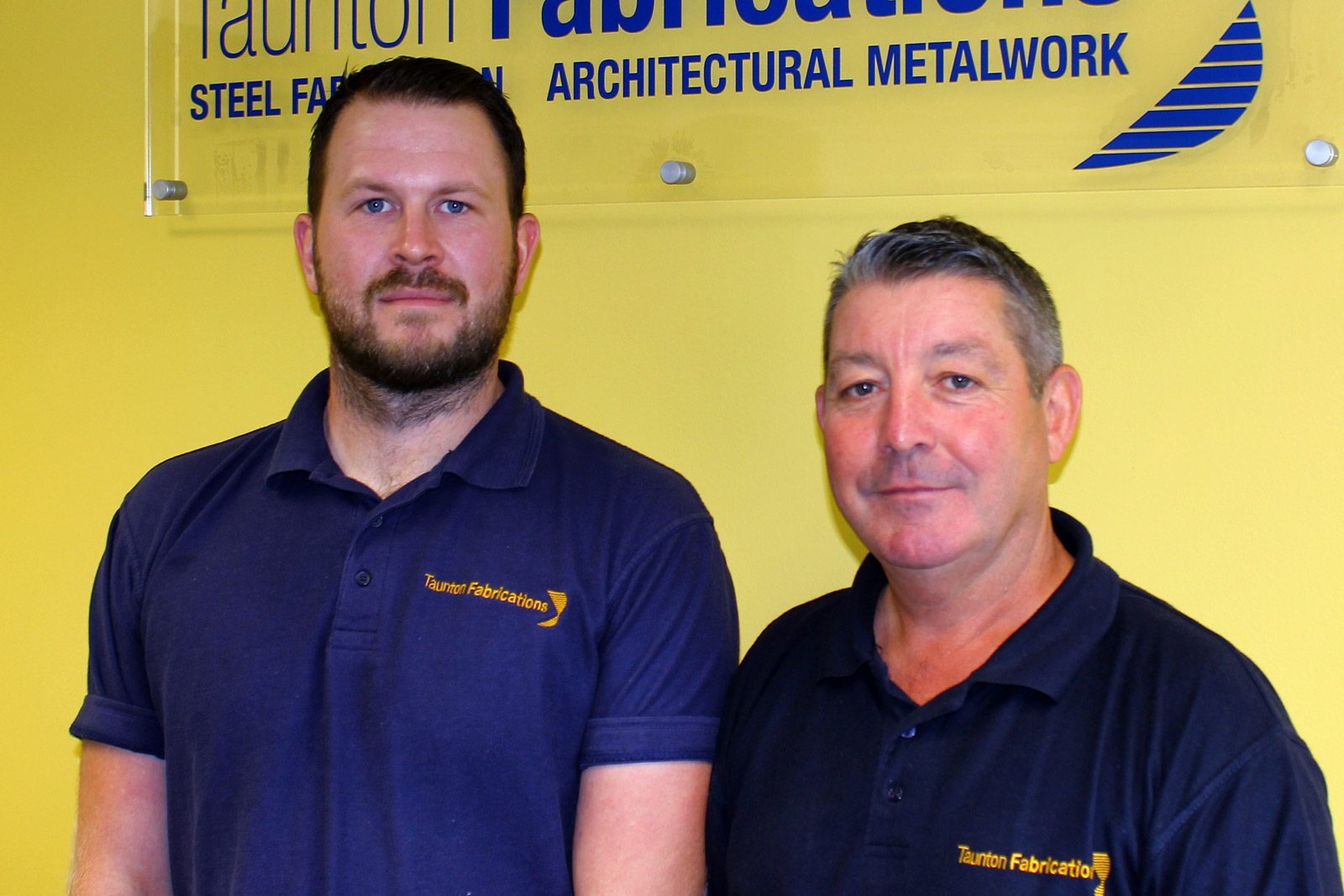 Taunton Fabrications' Contracts and Installation department continues to move from strength to strength with the appointments of Clive Hardy and James Alley as Head of Contracts and Site Teams Operations Manager respectively.

Clive joined the Company in 2010 as one of our team of Contracts Managers. With his previous knowledge of the construction industry, he has worked on some of our biggest £1m plus contracts and has now been appointed as Head of Contracts to take overall responsibility for all Contracts and Site Installation matters.

James first joined the company on a work experience placement and after leaving school joined us as an apprentice Welder Fabricator. After a few years working on the factory floor he moved on to become a Site Operative installing working at various locations. He soon progressed to become a Site Supervisor before leaving the UK and working in Australia for two years. On his return he continued as a Site Supervisor but has now been promoted to Site Teams Operations Manager overseeing all of our own site teams and sub-contract site teams that we use.